What are the most popular celebrities on TikTok? Let's find out!

Love it or hate it, TikTok has become one of the most popular apps over the past year. Many millennials and teenagers all over the world are recording videos and starting new trends through this popular social media platform. But, what about celebrities? In fact, some of your favourite Hollywood stars are on TikTok right now.

For that reason, we did some research on TikTok’s most loved celebrities to find out who has the most viewed videos and who has received the most likes from the fans. We covered both international and UK celebrities. So, let’s get started!

The race between Selena Gomes and Jason Derulo over who’s the most popular celebrity on TikTok is tight. On one hand, Selena Gomez has more than 25 million followers and almost 1 million comments on her most viewed video. However, on the other hand, Jason Derulo has 38 million followers and 840 million likes. Still, all things considered, Selena Gomez is ranking as the most popular celebrity on this social networking platform.

This is not a surprise, given the huge number of fans Selena has, so of course, they’re going to follow her on every social network. Selena is regularly publishing new TikTok videos, where she is dancing to her own songs and is showing a look behind the scenes to engage with her fans. 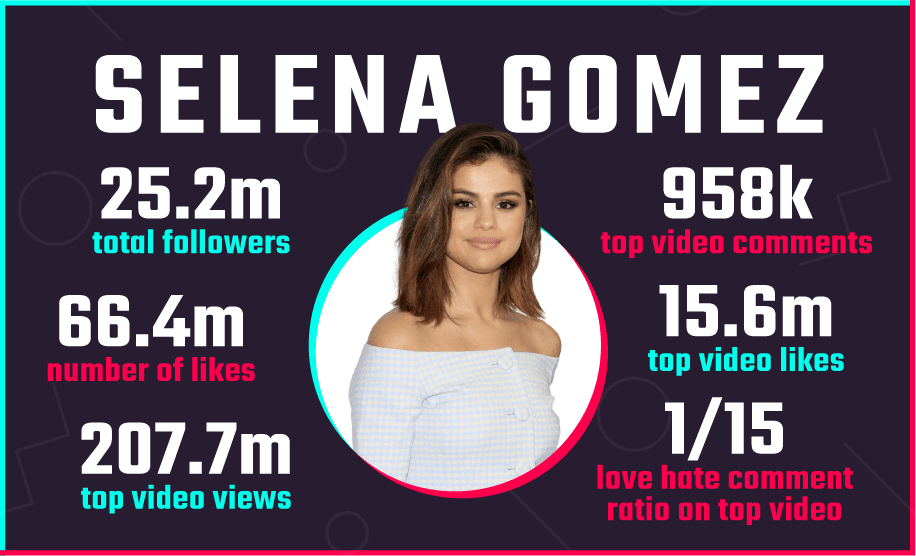 Next in line is, as we’ve mentioned above, Jason Derulo. You might have heard a lot about Jason Derulo on TikTok, and that’s because he does some of the most creative videos on the platform. He’s always posting dance videos, trying to do the latest TikTok challenges. As a result, he is one of the celebrities with most followers on TikTok, which is more than 38 million.

The third place for TikTok’s most loved celebrities is reserved for Will Smith. Despite his age of 52, Will Smith is immensely popular with 39.4 followers and 259.2 million views on his best video. His videos aren’t like the typical TikTokers we see on a regular basis - Will Smith goes beyond and makes high-quality videos with a lot of special effects which make him stand out from many other users.

Top 5 celebrities on TikTok over 50

Even if TikTok is considered as an app that is mostly used by teenagers, that doesn’t stop older celebrities to have a massive follower base and a high number of views on their TikTok videos. The oldest celebrity on TikTok that is very popular is Arnold Schwarzenegger, who’s 73 years old, and has 4 million followers and 46 million views on his top-ranking video. Following is Howie Mandel (64) who has 8 million followers and almost 3 million likes on his most viewed video. The third in the list is Steve Harvey who has managed to build 4.1 million followers and 3.700 comments on his most popular video.

Who has most comments on their TikTok videos?

We’ve covered the most popular celebrities that are on TikTok and are collecting millions of followers, views, likes and comments on an international level. But, what about the UK and Ireland celebrities? TikTok is very popular there too. So, according to our study, Gordon Ramsay ranks as the most popular UK celebrity on social networking platform TikTok. He has more than 13 million followers and 83.700 comments on his most viewed video. 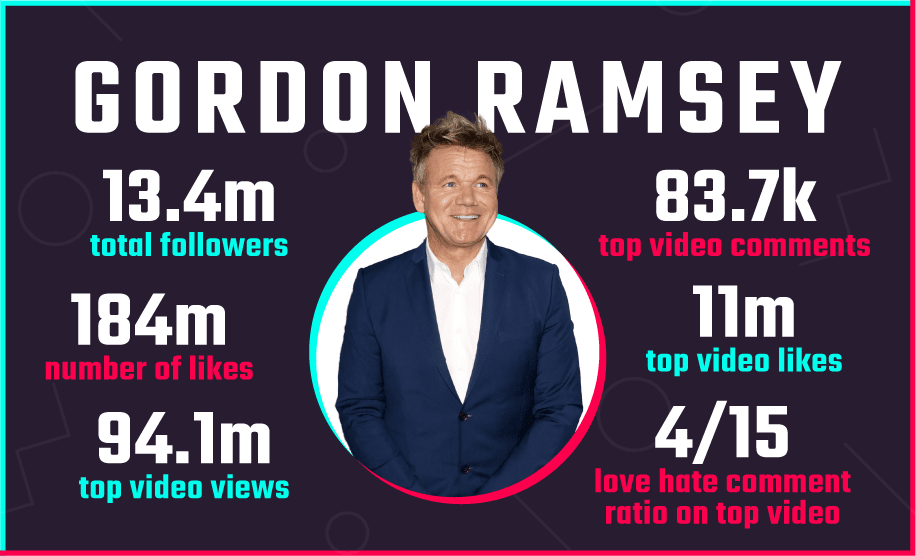 Besides Ramsay, Liam Payne is the second popular celebrity with a following of 3.1 million and 35.4 million likes. Third is Dr Julie Smith who is popular with 2.2 million followers and 259.2 million views on her best video. Other celebrities that also made it on the list of UK and Ireland most loved  TikTok stars include Niall Horan, Anne Marie, Sam Smith, Ed Sheeran and Ellie Goulding, among others.

This is just a summary of our comprehensive study on the most popular TikTok celebrities using the most followed accounts on this social media platform. If you want to learn more about each of these specific records, have a look!

Most Common Names In The Uk

This Welsh Town Has The Longest Name - Do You Know It?