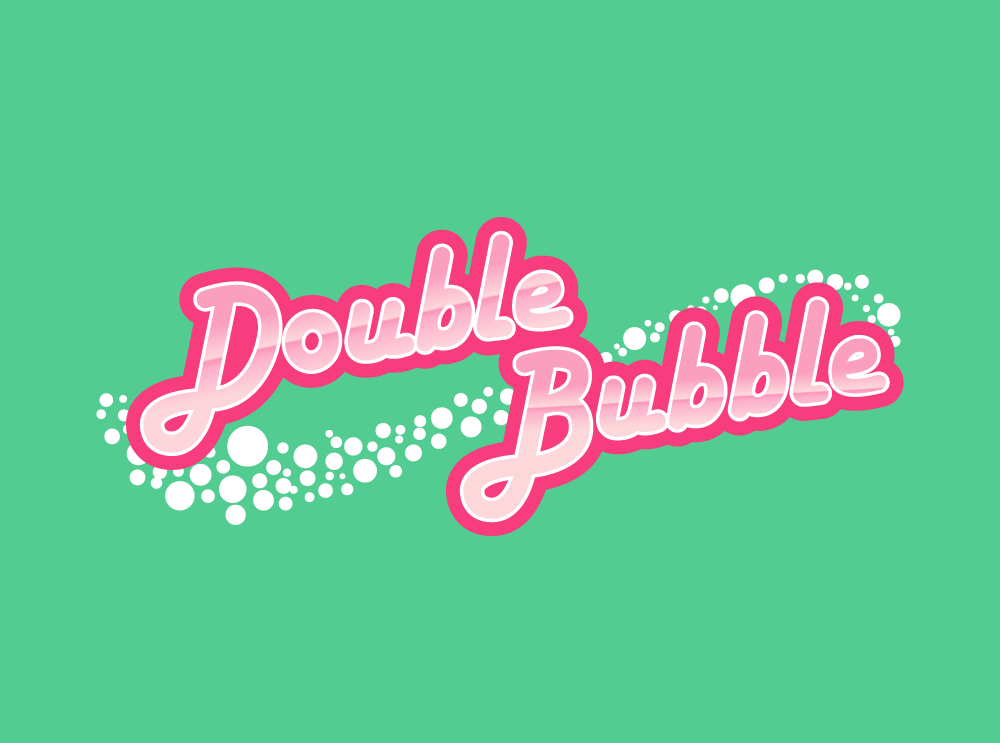 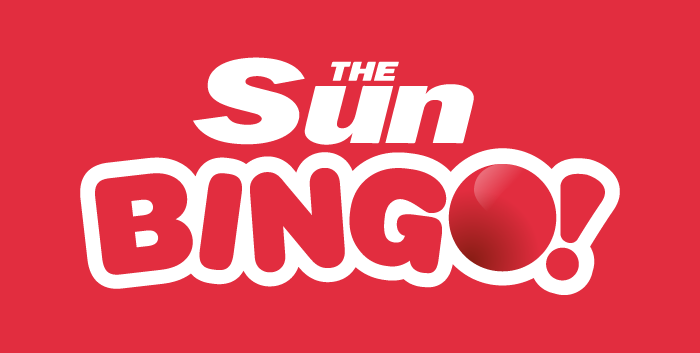 Only one bonus feature

Introducing Double Bubble slots the five-reel, 20 paylines game from the software provider Gamesys. This online slot is Gamesys’s take on classic fruit machines but with a certain bubbly twist. The video slot was initially released in 2014, but it was recently released with a crisper and better HD version. The pastel-based colour scheme of Double Bubble online slot machine provides a gentle playing atmosphere, with the bonus features, sound effects, and game symbols just adding to the bubbly entertainment.

Despite its more recent makeover with the HD version, Double Bubble slots retains its retro look and peculiar style. The game’s logo is similar to logos of fizzy drinks that were sold in the shops in the United States back in the 1960s. The graphics of the game are sharp, colourful and bright while its background is full of translucent bubbles of various shapes and sizes. Double Bubble slots is equipped with 5 reels in three rows and 20 paylines with an option to play as many, or as few paylines, as you like.

Besides having great-looking graphics and illustrations, this Gamesys video slot also consists of wide range of fantastic traditional fruit machine symbols. As with many online slots, the symbols in Double Bubble slots can be divided into groups of low-paying and high-paying symbols.

The additional symbols on the reels of Double Bubble slots include a Bubble Wild symbol which substitutes for all symbols, except the Bonus symbol.

The Game’s bonus symbol is a green bubble with Bonus on its inside. This symbol is used to trigger the Bubble Popper Bonus game.

How To Play Double Bubble

If Lady Luck is on your side, you may receive the highest payout which is an astonishing 20,000x your total bet. So, even if you chose to play with only 1p, you could get a maximum Double Bubble payout of £200.

Before spinning the Double Bubble slots reels, first, you need to set the coin size that you want to bet. Second, you should decide on the number of active paylines. As mentioned above, this number ranges between one and twenty, with one the minimum and twenty the maximum available. You can select your desired number of paylines in three ways:

Press “BET ONE” – an additional line will be added with the lines being reset to one line when you click past the available maximum.​
Select from the coloured numbers – you can also set the number of paylines by pressing the numbers placed on the side of the reel set.​

Press “BET MAX” – this option enables you to play all 20 paylines with the maximum amount available with a single click which sets the reels off automatically.

If you are not too keen on playing with the “BET MAX” option, you can always spin the reels by pressing “SPIN” after you have set the coin size and number of paylines.

How To Win Double Bubble

As with most online video slots, winnings in Double Bubble slots are dependent on which symbols are landed on the reel set and their quantity. Choosing to wager a higher coin-size and play a higher number of paylines will increase your chances of winning. A winning payline is considered only if running in succession from leftmost to right. You can find information on winning combinations and their payouts in the game’s Paytable. All winning combinations and winnings are paid out according to the Paytable.

The game’s first additional bonus feature is the Double Bubble Wild symbol. This wild symbol substitutes for all other symbols except the Bonus symbol. At the same time, it is the highest paying symbol in the game. If you are lucky enough and manage to land 5 of the Wild symbols across an active payline, you can get the prize of up to 20,000 coins.

The Double Bubble Bonus symbol is a green bubble with “Bonus” written inside the bubble. The Bubble Pop Bonus game is triggered by landing three of the Bonus symbols on reels 1, 3, and 5. During this mini-game, players are given the chance to pop some bubbles and reveal random multiplier winnings. Here you can also win the game’s progressive jackpot, so choose wisely!

There is a green line within the game with BONUS written on it. This is the second bonus feature titled Bubble Line. If any of the symbols appear inside a bubble during the spin of the reels, they will appear on the Bubble line. If these symbols form a winning combo, you will be awarded a multiplier equal to the number of the active paylines.

The Double Bubble RTP may vary from 95.75% to 96.24%, but if you’re not familiar with the concept of RTP or its bearing on the gameplay, that might not mean a lot to you. Namely, the RTP percentage tells you how much of the funds that have been staked are returned to the players. If you’re wondering how funds can be returned to the players, there is a pretty straightforward answer to that question – as winnings. So, the Double Bubble RTP tells us how much of everything that the players have wagered in the game is paid back to them.

You’ve noticed that the RTP is expressed in percentage points, so it is logical to ask what that means for a particular player, or a particular gaming session. If we say that the higher RTP percentage is 96.24%, does that mean that you should expect to receive £96.24 from every £100 you wager?! That would make no sense, because if all players got the same returns there would be no point in playing the game, whatsoever.

Fortunately, that is not the case, the RTP is a theoretical return rate and the calculation is made based on millions of spins. So, the RTP generally tells us how lucrative a game is, i.e. how significant your winning chances are, but it doesn’t give you any exact figures.

The RTP rate is always determined by the game developer, so in this case it is Gamesys that decided to set the Double Bubble RTP at the specified rates. Casino operators that offer the game have no option of altering the game RTP, so as long as you play the game at a certified slots or bingo site, you will be able to play it at the same RTP rate.

Independent testing organisations often do RTP check and then release RTP figures both collectively for the operator as a whole, but also per game and their figures should match the published return rates.

The original Double Bubble game doesn’t feature a progressive jackpot, and even though there have been many Double Bubble jackpot winners who won some of the lucrative in-game prizes, the mind-blowing amounts have been won by players who have played the Double Bubble sister game, conveniently named Double Bubble Jackpot.

Unlike standard games where you can’t expect jackpot prizes that are too high, and which are usually fixed and cannot exceed certain amounts, progressive jackpots can generate prizes that can exceed £100,000. The list of Double Bubble jackpot winners includes some pretty lucky players who have managed to hit jackpots above the £100,000 mark.

There have been plenty of Double Bubble jackpot winners and considering the game’s popularity we can expect an even higher number of winners in the future. Also, it is not uncommon for this jackpot to be triggered multiple times in few days or so. Foe example, on seven occasions it happened that two players managed to activate the jackpot within one day. One night was particularly hectic, as three players managed to hit the jackpot.

Some Double Bubble Jackpot Winners Have Won Over £100K

All of the Double Bubble jackpot winners who managed to hit the most significant jackpots are from the UK and in most cases, they played the game either at JackpotJoy or at Virgin Games. The highest jackpot prize exceeded £200,000, and it was hit towards the end of November 2016. Alison was the name of the lucky winner. Almost two years earlier, Russell managed to win more than £115K, right in time for Christmas.

Fatma is the name of the third player who managed to hit a prize over £110,000. A player also called Russel, with the same surname initial as the previous Russel, managed to hit just above £110K at the beginning of 2015. If that is the same person, then we can safely say that he is the luckiest Double Bubble player in history.

Jessy H. is the name of the player who hit a jackpot that exceeded £107K in 2017 and the remaining jackpot wins have been lower than £100K.

There are plenty of sites where you can play double bubble, and if you are reading this now, you are on the right place to find them out.

Paddy Power Slot Site offers one of the most fantastic gameplays in the business, relying on the experience they have since 1988, and starting with the online business among the very first ones.

With more than 600 ground-based locations all over UK and Europe, Paddy Power has proven it’s a work of art, and this Irish Themed slot site should definitely be on your list or slot sites.

Another awesome site where the User Experience and the security of the players are on the top level. Sun Bingo has some lovely welcome bonuses and promotions that will make you want to stay and play them all day long.

As mentioned in the above sections, Double Bubble is also offered to players by some bingo sites. The number of those bingo sites is not that great, but we have managed to find a couple of sites where you can play it. In addition, our small list of bingo sites with Double Bubble:

This particular bingo site is one of the few sites that offer Double Bubble to their players. Being a bingo site with an integrated online radio station, you can spin the reels of excellent online slot games while listening to some great music. Visit Heart Bingo today and take a break from bingo with their selection of online video slots.

When it comes to bingo sites with Double Bubble, Caesars Bingo is one of the sites where you can most certainly enjoy this game. Aside from the chance of playing Double Bubble slot, you can also enjoy plenty of other online games like bingo, slots, and casino games.

As soon as you open Caesar Bingo’s slots category, you can see that Double Bubble is one of the top slots on offer. This is more than enough to show you just how popular this game is. Moreover, you even get the chance to play its sister game, Double Bubble Jackpot, and have a try at winning the ever-growing prize fund!

Double Bubble slots is an excellent online video slot catering to players of all kinds. It has simple and familiar symbols and addictive gameplay. The game’s bonus features Bubble Wild and Bubble Popper Bonus just add to the quality of the slot making it more interesting to play.

Double Bubble slots has a variable RTP that ranges between 95.75% and 96.24%, making the average winnings change from time to time.