How To Play Bingo Online? 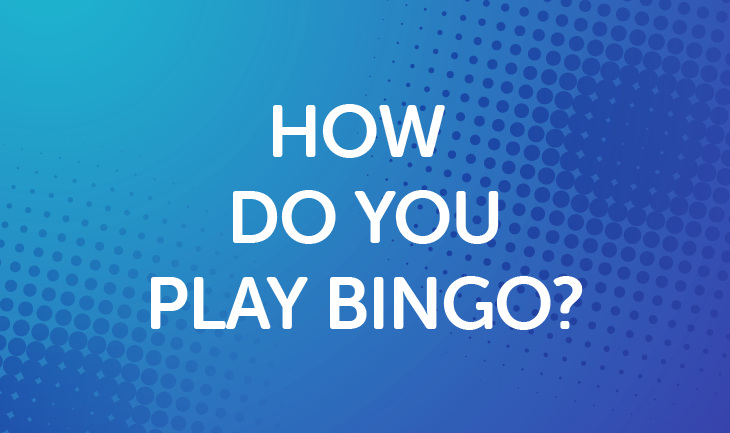 Bingo has taken off in recent years, leaving many people in disbelief. The first group to experience a shock was the bingo enthusiasts themselves. Until recently bingo was confined to church and community halls, and some private venues, where it was mostly the elderly that played that game. Today the picture is totally different. There is a growing number of young people that are playing bingo and staying with it as a form of entertainment.

Some get lucky and score a hefty jackpot, but that is beyond the point of our guide for how to play bingo online. What we want to achieve here is put bingo in a perspective as a phenomenon that defied the attitudes and expectations of those who thought that this game will fade into the woodwork with the gradual passing of the generations who have enjoyed the game - mostly the elderly.

Bingo Goes Against All Odds

What prompted the rise of bingo among the younger demographics, and indeed, across the board? The internet, but more specifically, mobile telephone technology. The internet gave rise to the first online casino in 1994. It didn’t take a lot of time for bingo to become a game that people could wager money on. Until a certain time, perhaps around 1998, most bingo games online were played for free. That was fun not overly fun. We all know that the element of wagering money for a potential return is what makes bingo and slots games fun thing to be part of.

It was the smartphone that helped bingo further expand. Many people are still asking, can you play bingo on mobile? - and the answer has been yes - more decisively so since 2010 when there occurred a huge expansion of online bingo. Today sites like Heart Bingo, Blighty Bingo, Hunky Bingo and so on, seem to capture the imagination of the players with some amazing jackpots spread across a dozen or more bingo rooms. What is more, these bingo sites have slots, which offers a diversity in the experience.

What do you need to play bingo? Not much really. You need a personal computer, which could be a laptop, or a mobile phone or a tablet. Owning any one of these things lets you play bingo, as long as it fulfills the minimum requirements. The good thing about these bingo sites today is that you don’t need to download any software, if you have been asking, do I need to download software to play bingo? Simply said, the entire gaming platform that provides the bingo and slots experience runs directly from the web, so it is easy to access and on most devices, as long as they have not become terribly obsolete in the capacity of their performance.

How to Play Bingo Online Now?

Playing bingo is not at all hard, rather, it is quite easy. There are few games of bingo that are standardly available at online casinos - usually these are 90-Ball Bingo 75-Ball Bingo and 30-Ball Bingo but there are some other variations. Every single game of bingo requires the player to select the room and with it, to buy a bingo ticket. You can buy a single bingo ticket or few. Of course, purchasing more tickets increases the chances for winning.

If you have never ever played bingo in your life and you are looking forward to making this your favorite pastime, you will naturally ask, how to play bingo online? The first order of business in this guide is to give a breakdown of the bingo ticket so that it is easier to understand what is part of a bingo game.

The ticket has horizontal and vertical rows. It has a number of grids filled with numbers, but the range of the numbers and the grids depend on the type of bingo game you are playing. If it is a 90-Ball Bingo, then the ticket has 27 squares on the grid and the numbers can be any one from 1 to 90. The ticket has three rows or numbers, which can be all cleared for a winning ticket. A winning ticket can be one that has a single line cleared or two lines, as long as there aren't any Bingo winners with all three lines.

The advantage of playing bingo online is in the automation. You could select the bingo machine to let you dab your own tickets, which is admittedly more fun. Otherwise the game does it for you and you are never going to miss a winning ever, even if you doze off. During a game, the numbers are called and the caller does his or her thing of pairing each one with a rhyming quip, so that part of the game is not lost upon online bingo. What is missing though is the communal participation in the game.

Another admission here is that there are some fun bingo games, but on other occasions these can be a little bit gloomy, which is to say that, you can take your online bingo anywhere you want - at your home while listening to the music that you like and snacking on something nice, on the train or at the bar. Online bingo is universal, and you really don’t need to ask the question how to play bingo online, because the online bingo platforms make it self-explanatory and automated.

To conclude this brief guide to how to play bingo online, let’s emphasize that bingo is right up there with casino card and table games, as well as slots. However, bingo is a thing of its own and will continue to rise because it is not that closely (or at all!) associated with casinos. Bingo sites are a thing of their own that do include slots, however the rooms are on separate pages and the player does not need to play any slots if that is not what he or she had come for. Happy to have broken the stereotype of being an elderly-only pastime, bingo is going to expand further and there will be thousands more players joining the fun at online bingo sites.

To claim a welcome bonus for bingo, select a bingo site review and claim your bonus to play.