How Many Different Types of Bingo are There? 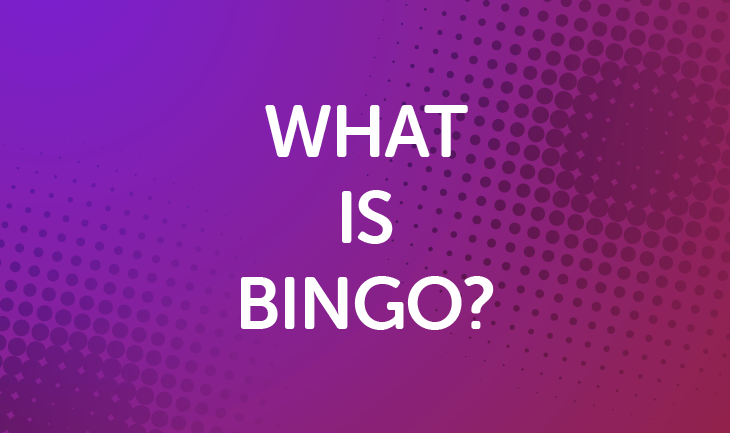 In the last ten or so years bingo has become one of the most widely played games of chance in the world. In fact, bingo is right up there with the slots and casino games, but still represents a thing of its own, accessed through special sites just for bingo. There are several million bingo players across the world, but most of them are located in the UK, Europe, USA, Canada and Australia. Since the rise of online casino, there has been an expansion in online bingo sites which offer several types of bingo. So if you are a new player and have been reading some bingo guides to get yourself started on the right footing, you may have tried finding an answer to the question, 'How many different types of bingo are there?' We have the answer for you right here, so let's get started with some background on this new online pastime.

Bingo allegedly comes from an early game that has been played in Italy. Board game and casino game historians suspect that the game of bocce gave the idea to the incipient bingo game. If we consider the origins of bocce dating back to the Roman empire, and draw a straight line to the game of bingo today, let’s just say that bingo may be one of the oldest games around. What is more, bingo has become so popular in the past ten years that it no longer holds the stereotype that it is a game that only the elderly seem to enjoy. That is far from the truth because statistics show that bingo’s popularity has been on the rise among young people in the United Kingdom.

The Upsurge in Bingo Popularity

All of the trends hint that there is an upsurge in online bingo and falling numbers for bingo halls. Thanks to almost everyone owning a mobile phone today (a smartphone being the pre-requisite) it comes natural that those who played bingo at a land venue would be intrigued by the ease of playing bingo online. So what is the difference between that bingo and online bingo? And how many different types of bingo are there? are the questions that will have some importance to those who have been by the bingo bug just now. Both questions do not give simple yes or no answers, and because of that we gave our best to supply you with a satisfactory response.

How Many Different types of Bingo Are There Actually?

First off, the difference between a bingo hall and online bingo hall is huge. Bingo halls are as real as they get. On the other hand, it may be frequented by bingo players or there may be just a couple of people there. Indeed, online bingo is a little bit impersonal, but it has many advantages. For beginners, you don’t have to depend on someone to be there, meaning you don’t have to turn on the car and drive, or wait for a bus or train ride. Being social with friends at a place you all enjoy is great, but then, you have to wait until bingo night is due on schedule. With online bingo you could play anytime you want, although there are bingo rooms that ‘open’ the doors at specific time intervals and days of the week.

As for the difference between the available bingo games at online bingo sites, there are few that are among the most played games of bingo.

90 Ball Bingo is the most standard game, along with the 75-Ball. The game starts with a bingo card or ticket that has a grid of 27 squares and random numbers in no particular order starting with 1 nad ending with 90. You can play 90-Ball Bingo with just one ticket, however, your chances become better when you have more than one ticket in front of you.

The bingo ticket contains lines and each line has nine squares, with room for five numbers to fill those grids. The ticket is styled as a grid of rows and columns, with there being room for each set of the tens. So you will find that each row is for the tens, twenties, thirties and all the way up to the nineties,  which conclude with the number 90. The number of numbers gives the game its name.

In all likelihood this is the second most popular game of bingo. Instead of 90 numbers there are 75 and that calls for a grid of five by five. The game allows a number of winning patterns which draw a line across the ticket. So you could have a winning pattern that is horizontal, diagonal, vertical, a v-shaped, an upward v-shaped, cover-all and so on.

The patterns simply reflect the randomness of the winning patterns. You may get a letter, such as the letter c displayed on your winning bingo ticket, and that's just a small part of the fun in playing 75-Ball Bingo.

Other than that, the rules of the game are the same. Wait for the numbers to be drawn, match the number on your ticket, mark it and anticipate to fill in the entire ticket. Online bingo sites let you fill in the numbers on your own, but there is the option to let the computer do that itself.

Although this game is rare, there are some bingo sites with Swedish bingo. In simple words, it is 5-line bingo that plays fast and easy. In this game of bingo you can pick the numbers that you want and land them in your preferred position on the grid. This is after all a 75-number game of bingo. The prizes are awarded based on the number of lines you win. You can win anywhere between one and five lines, the last being a full house.

30-Ball Speed Bingo is available at some, and not all sites. When you find it, make sure to check it out, as it is one of the most fun games to play. If you have played 75-Ball Bingo you will notice that the same rules apply, except there are only 30 numbers and the game takes less time to unfold and conclude.

The grid of this type of bingo is three rows and three lines, so you will find 9 numbers on the ticket. Each line on the grid contains the numbers in tens, so 1-10, 11-20 and 21-30. Fill the lot and be the bingo winner.

The introductions to these several bingo variants should provide answers to the question of how many different types of bingo are there.