Wish Upon A Jackpot Review 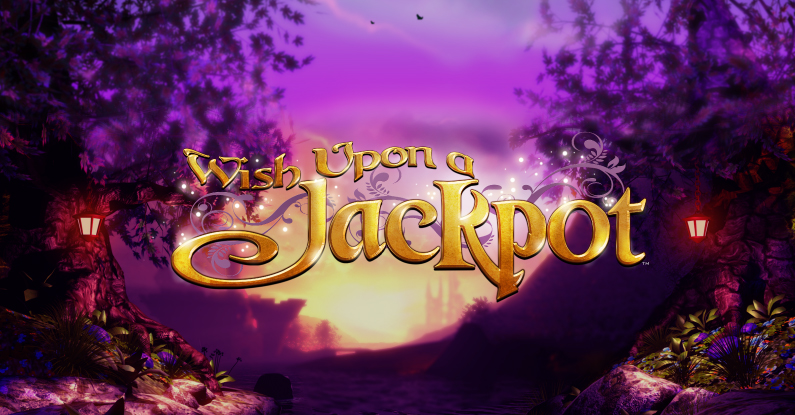 Blueprint Gaming’s five-reel, 20 payline game, Wish Upon A Jackpot slots, takes you on a journey through and enchanted land. There you spin the reels alongside your Fairy Godmother and other fairytale characters. With the limits for the bet per spin set at £0.20 and £200.00, you can spin the reels of Wish Upon A Jackpot for the chance to win the game’s jackpot of 500x.

Our Wish Upon A Jackpot Overview

The first thing that is worth mentioning about Wish Upon A Jackpot is its look. It is a definitely a well-designed online slot with fantastic illustrations. The game makes use of glossy graphics and each of the symbols on the reels are of such excellent quality.

The reels are placed within a simple golden frame with the logo of the game in the top left corner. The background depicting some enchanted forest just adds to the overall quality of the game.

When the symbols on the reels are in question, they can be divided into two groups. The low-value symbols consist of five standard playing card symbols, including 10, J, Q, K and A. Listed in ascending order, they award payouts for combinations of three, four, and five matching symbols on an active line.

The high-value symbols include three on-theme symbols – a golden harp, Cinderella’s shoe and a castle. They are also listed in ascending order awarding payouts for the same symbol combinations.

The prince frog is the game’s Wild symbol, while the Fairytale storybook is the scatter symbol which activates one of the game’s bonus features.

How To Play Wish Upon A Jackpot

Wish Upon A Jackpot slot is a very straightforward and easy to play game since all buttons are placed on the sides of the reel set.

Once you have selected your bet for the spin, press the green round button with an inverted arrow on the right of the reels.

If you are not too keen on pressing ‘Spin’ after each spin, you can always go for the autoplay feature the game offers. By clicking the “AUTO PLAY” button in the bottom right corner of the screen, the game takes you to a new screen where you can select from a pre-set number of rounds to be played automatically.

Select the number of rounds, adjust the rest of the available settings and press “Play”. The reel set starts turning right away, so make sure to select your bet before making the selection. You can always stop the AUTOPLAY mode by pressing the “STOP” button in the bottom right corner of the screen.

How to Win Wish Upon A Jackpot

As mentioned in the text above, payouts in Wish Upon A Jackpot slot are awarded by landing three or more matching symbols on a payline. The slot also features certain symbols that will pay out winnings for combinations of just two. These symbols include the game’s wild scatter and the game’s logo. They also are the most lucrative symbols, paying out 500x and 400x your total stake for combinations of five. With 20 fixed paylines, it’s not too hard to land winning combinations.

Wish Upon A Jackpot Bonus Features

The first bonus feature is triggered by landing three of the book scatter symbols anywhere on reels number one, three, and five. By selecting one of those symbols, you can get the following:

This is a randomly awarded bonus round in which three glowing orbs appear on the screen. Pick one and you can receive the following:

How To Play Wish Upon a Jackpot Demo

The demo version has both its pros and cons. However, the pros outweigh the cons and include the opportunity to try the gameplay before playing the real money version and see how often the bonus features get triggered. Thus, you can see whether you like the gameplay and how you can win the biggest payouts. You can also find out information on symbol combinations payouts as well as paylines in the game’s paytable. Additional info that can help you understand the rules of the game better can also be found here.

Why Should I Play Demos?

As already stated in the text above, playing the Wish Upon a Jackpot demo has its own advantages. Aside from some minor advantages, probably the biggest advantage of playing the demo is that you can experience the gameplay of the real game without risking your own money on the spins.

Playing the demo version of any online slot is a smart thing to do so you can familiarize yourself with the game. By playing the demo version you can try the game’s different options, like the game’s scatter and bonus symbols, and see how the game’s bonus features get triggered. Once are familiar enough with the slot and gained sufficient experience, you should move on to the real version of Wish Upon a Jackpot slot.

If you have read any review of any slot game, you will probably notice that the phrase return to player (RTP) is used at least once. However, very few of these reviews will explain what is RTP, what it means and why is it important. Fortunately, we are here to do exactly that.
As you probably know, RTP stands for return to player and it is expressed in percentage, usually above 90%, although some land-based slots have RTP figures below that level. So, the RTP tells us how much each game returns to its players. If you wonder how a game might return funds back to the players, the answer here is quite obvious, through winnings. So, if we’re talking about the Wish Upon a Jackpot RTP, then we are actually talking about the amount, or rather the percentage, that players collectively receive in winnings.
So, what does ‘collectively’ stand for here. Well, to put it simply, it means that the RTP refers to the overall amount that players get out of the overall wagers that have been placed on the game. That doesn’t mean that the RTP percentage is automatically replicated to every game that has been played, that wouldn’t actually make sense, because that way the outcome of each game would’ve been completely predictable.

Wish Upon A Jackpot RTP

So far, we have only discussed what RTP means theoretically. If we are to put it in practical terms, let’s say that £1,000,000 have been wagered on a particular game which has an RTP percentage of 95%, then £950,000 would be returned to the players as winnings. But even that doesn’t do justice, as the RTP is calculated over a very large number of virtual spins, millions, even tens of millions. Out of a particular million wagered on a game, the actual RTP percentage may be lower, or higher.

The lower the analysed amount is, the more likely it is for the actual returns to diverge from the game RTP, but that is completely normal. Now, back to Wish Upon a Jackpot RTP. This game has an RTP percent which is not fixed, i.e. it may vary from 92.46% to 95.26%. That is not very common, even though there are games that feature a fluctuating RTP percentage.
The lower RTP rate of 92.46% is quite low, considering that the average percent is about 95%, which means that the maximum RTP percentage of 95.26% is quite on point.

Our Wish Upon A Jackpot Slot Review

Wish Upon A Jackpot slots is an excellent online video slot that can bring the inner child in anyone. Aside from looking great, the game also plays great! The slot features plenty of bonus features, giving players plenty of chance to claim some impressive rewards. These rewards include free spins, multipliers and even cash sums. Try Wish Upon a Jackpot today and don’t forget to claim your welcome offer from one of the bingo sites suggested on Bingo Scanner.

Bingo Sites With Wish Upon A Jackpot