Fruity Burst slot is Playtech’s take on fruit-themed online slot machines. It comes with a 5x5 grid set against a fruit stand backdrop. The game has no additional bonus features and is more like an arcade game than a slot, but this doesn’t make it less interesting. The game has a very simple concept and is suitable for players of all kinds.

With the limits for the bet per spin set at £0.10 and £10.00, you can spin the reels of Fruity Burst to win the base game jackpot of 5000x your total stake. Fruity Burst slot advertises a Return to Player rate of 95.00%.

As mentioned in the section above, Fruity Burst slot makes use of a5 x 5 grid and a total of 25 paylines. It has a fairly simple design that brings with a nice addition of the old greengrocer keeping an eye on the proceedings. Although it has just three reels, it comes packed with bonus features. The gameplay is accompanied by an interesting soundtrack of different sounds that make the game more interesting.

When it comes to the game’s reel set, Fruity Burst slots has a total of six fruit symbols on its reels and all of them has a name:

Being an arcade game, Fruity Burst slots doesn’t use a wild symbol or a scatter symbol.

How to Play Fruity Burst

The aim of Fruity Burst is to create vertical or horizontal lines of five matching symbols in order to receive payouts. Depending on the value of the symbol, you will receive a certain payout after which the winning symbols disappear. If any new combinations are created, the process will continue until no more wins are created.

When it comes to playing Fruity Burst slots, you will find it very straightforward since all game buttons are placed in the bottom right corner of the game screen. As with most online slots, before spinning the reels of Fruity Burst, you need to set your total stake for the spins. Since the 25 paylines of the slot are fixed, the only variable that you need to set before pressing Spin is the ‘Stake’ variable.

To set this variable, you need to press the - and + arrows on the sides of the STAKE box. By doing so, you can select one of the available options, which together with the 25 paylines, give you the options for your total bet. The possible stakes range from £0.20 to £10.00.

Once you have finished setting your total bet for the spins, you can spin the reel set of Fruity Burst slots by pressing the big orange ‘PLAY’ button in the bottom right corner of the screen at the feet of the greengrocer.

If you want to enjoy the gameplay of Fruity Burst slot without pressing the big orange Play button repeatedly after each round, then you should go for the Autoplay feature which is located just above the Stake box. By pressing the – and + arrows on the sides of the ‘AUTOPLAY’ box, you can set the numbers of rounds that you can play automatically for the selected total stake.

This option lets you play the game automatically for a certain number of rounds without interruption. When you select the number of rounds to be played automatically, the reels start spinning immediately and the remaining number of rounds is displayed. You can stop this feature at any time by pressing the ‘Stop’ button. The maximum amount of autoplay spins that you can set is 50.

How to Win Fruity Burst

Winning payouts in Fruity Burst slots are awarded for landing symbol combinations on the reels. The payouts that you receive are dependent on the number of symbols that form the winning combination. Since Fruity Burst makes use of a 5x5 grid, you can land winning combos that range from five up to over 16 symbols.

The highest payout in Fruity Burst is awarded Cherry the tomato, followed by Lester the strawberry, Eureka the lemon, Chester the grape, and Pippin the apple. The lowest payouts in Fruit Burst are awarded by Jaffa the orange.

As stated above, winning combos can range from five matching symbols to over 16 identical ones.

Since Fruity Burst is more of an arcade game than a slot and has no bonus scatter or wild symbols, the game doesn’t have any additional bonus features. This doesn’t make the game less interesting to play, because you can land excellent multipliers with the symbol combinations.

Playing a spin or two on Fruity Burst is a perfect option while you’re waiting for your bingo game to start, but even if you don’t intend on playing bingo, this slot is still quite fun and that is the primary reason why there are so many sites with Fruity Burst. We've found the best slots sites with Fruity Burst and will share them with you. Some of them are considered as bingo sites but it doesn't matter as long as they offer playing this great slot game.

Fruity Burst is a rather simple game, despite the unusual layout. There are no wilds or scatters only six fruits. The goal is to get five matching symbols on a horizontal or vertical line. Once you get a winning combination, all symbols that were part of the winning payline will disappear making room for new symbols, thus giving you a chance for a second consecutive winning combination.

BGO is one of the most popular slots sites in the UK where you can play the Fruity Burst slot. It has a great experience in providing high-quality gaming platform where more than 500 slots can be played. In addition, BGO offers many attractive promotions that you can claim and use free spins for selected games.

Out of the slots sites with Fruity Burst, we have a few bingo suggestions for you. First is Sun Bingo, one of the leading UK bingo sites, which offers plenty of different bingo games, including not only 75-ball and 90-ball bingo, but also 80-ball bingo, specials, and there are many free bingo games which you can play without wagering any real money.

In addition to bingo games, you can also play a range of slots, and this operator offers a hefty bonus. When you register you are eligible to receive a £30 bonus with a deposit of just £10. Fruity Burst is included in the slots library and you can play slot games on your mobile device (tablet or smartphone), as well as on your computer.

Heart Bingo is another bingo site that offers Fruity Burst slot, and when you register you can claim a £50 bonus with a wager of £10, plus additional free spins. Heart Bingo features a range of free games, where you will get a chance to win blinding prizes. The jackpots in the standard bingo games are quite astonishing as well, you could win over £6,000 in the Candy Club room.

In addition to the welcome bonus, this bingo site offers a number of other promotions and it’s not just Fruity Burst, there are plenty of other slot games to choose from.

When playing Fruity Burst demo, you are trying the gameplay of the real money version of the slot for free. When you open the demo, you are presented with the same gameplay as the real money version. It has the same number of reels and paylines of the original version and it features the same bonus features. By playing the demo version of Fruity Burst, you can prepare yourself for the real deal without risking your money.

The Fruity Burst demo has both its pros and cons. However, the pros outweigh the cons and include the opportunity to try the gameplay before moving on to the real game version and see how often the bonus features get triggered. This way you can see whether you like the gameplay and how you can win the biggest payouts. You can also find out information on symbol combinations payouts as well as paylines in the game’s paytable. Additional info that can help you understand the rules of the game better can also be found here.

If you're familiar with the way video slots work, you'll know that there is no such thing as a sure win. Online slots are built with a Random Number Generator that generates random outcomes with every spin. Therefore, it all depends on how lucky you are when it comes to forming a winning combination in a slot game. However, you can maximise your chances of landing a win with the following Fruity Burst tips and tricks.

One of our main tips for the players is to always play with the maximum number of paylines. If you play with less than the maximum number of active paylines, then you’ll reduce your chances of activating the bonus game. Plus, you might land a winning combination on some payline that is not active at the moment, so you won't receive that win. You wouldn’t want this to happen because the bonus games are usually where you can win some of the best payouts and prizes.

Another Fruity Burst tip is to choose your stake wisely. You want your bankroll to last as much as possible in order to have a reasonable chance of triggering the bonus game at least once. For that reason, always choose a stake that gives you the most rounds for your money. And try activating the Autoplay feature so you can sit, relax and let the game spins the reels for you. Just adjust the denomination and the number of auto spins that you want, and you're ready to start.

Unfortunately, there isn't a Fruity Burst free spins round within its base game or as a bonus feature, therefore we needed to improvise, adapt and overcome.

There is a selection of slots sites that you can find above, which offer Fruity Burst slot as one of their games. Those casinos also offer welcome bonuses, and depending on the casino, they can be an in-game facilitator, cash to play with, or our favourite, free spins.

We mentioned that the Fruity Burst RTP is rather standard – the actual percentage is 95.00% and that’s pretty much the standard percentage. There are games with a lower return rate, but also ones that offer higher returns. The RTP is based on a theoretical calculation, set before the game is released and even though it is the only objective figure that we can use to see how favourable a game is, it still doesn’t have a direct impact on an individual gaming session, since the calculation is based on hundreds of thousands if not millions of virtual spins.

Although it is more an arcade game than a slot, Fruity Burst slot is one of those games that can get you nice wins if you manage to land as many winning combinations as possible. The design is excellent featuring a colourful theme and various fruits. Claim your welcome offer from our partners and try your luck at winning the 50000x jackpot! 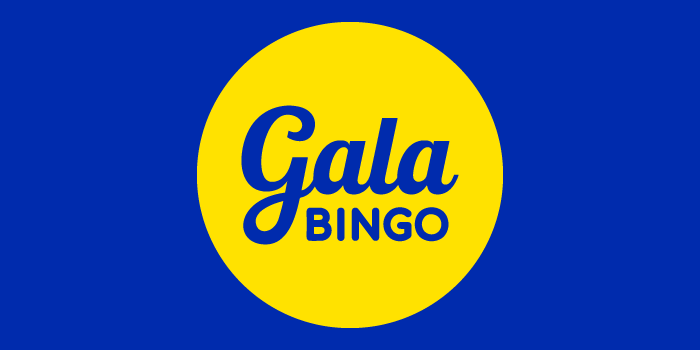