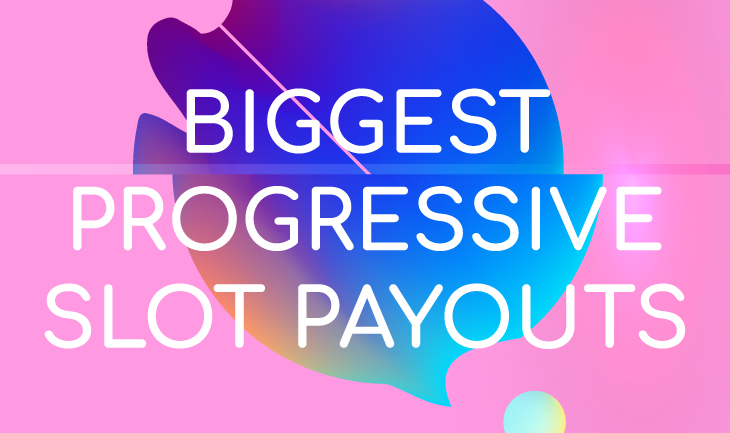 People That Won Most On Progressive Slots

There is something outstanding about the online slots that drives all the people that love gambling crazy. Whether it’s the satisfaction of spinning the reels, the anticipation of the final outcome of the symbols, or the wait that every player has to pass before knowing whether they are winners or losers.

If you paid attention to some of the other online gambling games, you can see that they are working under the same idea – The roulette wheel spins the wheel for almost a minute before stopping and before the ball actually choses a pocket and a number to land on. The Black Jack and the Poker card games reveal the crucial card as the last one, keeping all the players in anticipation before the actual winner announcement. The same is with the slots.

Online slot games have outstanding prize pools, which as the years pass by they grow bigger and bigger. You will be able to see in the examples below how the very first player that we talk about that actually got the title “The Winner of the Largest Microgaming Progressive Jackpot” in 2009 is a price that we can see pretty often being paid out today. If you manage to be one of them, they will definitely twist and turn your life in a favour that hopefully you will enjoy.

Many people are spinning the reels with the thought of the jackpot or the maximum prizes that the slots are giving, and some of them couldn’t be luckier.

When all the ace cards are in your hand, and you manage to hit the perfect spin and land the best combination of the slot game, an unbelievable reward awaits you! Check out the biggest progressive slot payouts and winners in the world and how they received their life-changing rewards playing slots.

With five reels and 25 paylines, and you can spin the reels with denomination from £0.25 all the way up to £125.00. With that in mind, you have an amazing chance of landing the amazing maximum amount of x10,000 of your stake, so you do the math and see the prize that you have to win, but also keep in mind the loss you can make if you decide to play with the biggest denomination. Our first winner wasn’t playing with the highest denomination, but he managed to land something pretty special.

In 2009, Georgios M, a business owner from Greece was the person with the title “The Winner of the Largest Microgaming Jackpot”

Georgios says that you should never lose faith and always hope for the best, as eventually you will be awarded for it. He adds that it is a small moment that could change the player’s life.

Unibet Casino was the place where a Swedish player decided to play Net Entertainment’s Hall of Gods in order to spin the reels inspired by his ancestors. It was probably the best decision he made in his life, and now he is enjoying 6.7 million by landing the combination that pays out the progressive jackpot in this slot game.

Hall of Gods Slot has five reels and 20 paylines, and you can spin the reels with denomination range from £0.20 up to £50.00. The best thing here as well is the maximum amount that you can win in the base game, a multiplier of x4,000!

Her lifestyle was improved, she bought herself a new house and car and started traveling around the world. Until that moment, in 2012, it was the biggest jackpot that was ever seen in the online casinos.

What would be a sleepless night for some, is a perfect night for others. For this Norwegian slot spinner, it’s definitely a night without a sleep well spent. On September 2011, this guy was playing the famous Mega Fortune slot by NetEnt and was lucky enough to hit the combination that was worth 11.7 million euros.

17.8 million was what one player won at Paf Casino on 20th of January 2013. According to him, the feelings were unreal and mixed, as he felt like crying and laughing at the same time.

This win as well was on Net Entertainment’s Mega Fortune slot game, which contains five reels and 25 paylines and with denomination from £0.20 up to £50.00, you have a chance of landing a combination which will multiply the win by 10,000!

An outstanding game showing you what it will be like if you managed to land some of the wins that we are displaying right here, with all the fancy cars, diamond rings and expensive watches, as well as yachts and private jets. It’s all available for the bravest and luckiest of slot players!

Last, but definitely the best so far, is another 17.8 million win, which is slightly larger than the previous one. In 2015, Betfair casino had to pay out a life-changing award after a player was lucky enough to hit the winning combination on Mega Moolah, an online slot by Microgaming, which previously held the record of giving away the world’s largest jackpot.

At the moment, this is the record holder in Progressive Jackpot in the world, and it’s funny how it’s the same game again on our list. Mega Moolah looks like the game to go, and who knows, maybe you can be the next one on our updated list? It’s worth trying!