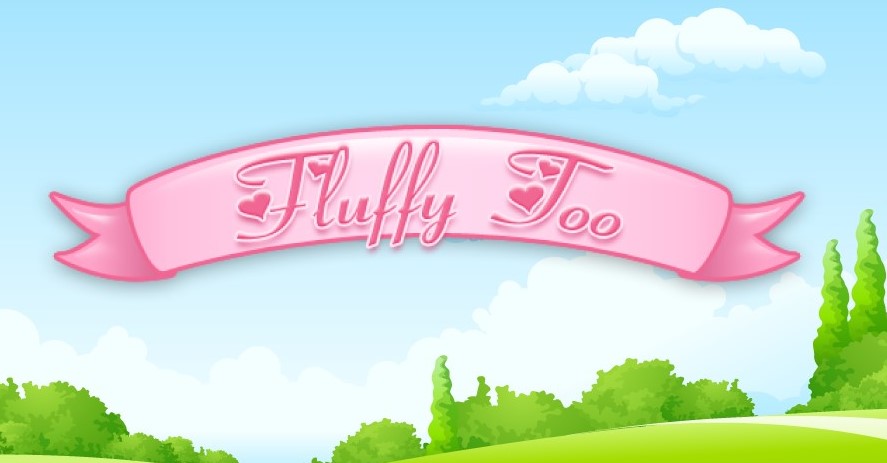 Fluffy Favourites took everyone by surprise. All - well, not all, but those who could - the top online casinos - had it and the players were thrilled. What made this game so nice? The cuteness and the warmth of the symbols. Oh, those fluffy plush toys. Some people would call it cuteness overload, but not us, not yet. Fast forward some time ahead. Enter, Fluffy Too.

Now we are talking cuteness overload. Fluffy Too slot has everything that the previous game didn't - lively animations for example, and a cleaner reel-set, and symbols that are given the edge in how cute they can be. On top of it, all are the payouts. Just amazing.

Now there is the challenge of which version of the game to play. Fluffy Favourites or the Fluffy Too slot? Some players, due to reasons of superstition, continue playing Fluffy Favourites just because they have made winnings on the game.

Meanwhile, other players sit on the Fluffy Too and making this game work its magic on the five reels and the 25 paylines. Here we have a review of the game, how it plays, how it is won, the design details and a lot more. Read on and fall in love with the Fluffy Too slot.

The drill is the same, but that doesn't mean it's repeating more of the same. There are subtle differences that make all the difference in gameplay between the first game and Fluffy Too slots. The theme stays the same, which of course is the point of the sequel.

The theme is fluffy plush toy animals that are won on the claw-crane machine which is part of every single carnival, boardwalk, mall and big movie theatre. It's just there to entertain people who love to surprise their loved one or themselves by winning a cute animal in a game of chance.

While the claw arm has few tricks that can help the player to score a toy animal, the Fluffy Too slot is a game of pure chance. The winnings may visit you or they may not, but you will have a thrilling ride on the game. We like to see things from another angle. Such cuteness is bound to create some favourable situations for the lucky players.

The lucky symbols in Fluffy Too slots are all plush animals and no the usual playing cards numbers and face cards. The low valued symbols are the clownfish, the duckling, the blue rhino, the sitting giraffe, the tortoise and the lion. What we consider the high-paying symbols are the panda, the gorilla, the pink dragon and the purple hippo.

It seems that the developers Eyecon decided to make the rare or unreal animals those that pay more. The purple hippo brings the 5000 coins Fluffy Too jackpot when landing five like symbols. The pink dragon brings 1000 coins for getting five like. There are two special symbols that we will mention in the context of How to Win Fluffy Too slot.

How to Play Fluffy Too Slot

Setting up the game is the easiest thing ever. Why spoil a cute game with too many controls? Simply click or tap the pink square button which is below the blue Spin button and that will enable you to set the bet per payline and the number of paylines.

Yes, the 25 paylines are active at the beginning of your gambling experience, but if you want to bring those down a notch you are free to do so. The lines can be had anywhere from one to 15 to 24 or 25. The bet per line starts from as low as 1p and can be set at any amount between that and £0.50.

Having all paylines active helps to keep all of the winnings that will occur on the reel set. If you have active just a few, then most winnings will evade you. The point here with games that enable paylines to be set by the player is to have them all active and play on smaller coin size, relative to the budget in your casino account. That's the way the pros do it and the Fluffy Too slot lets you enjoy the game even on pennies per spin, so that's the best thing about it after the payouts and the fact that the Wild subs for the highest-paying symbol.

The Autoplay button can help you play and relax at the same time. Selecting how many numbers the reels should spin on their own while minding the colourful reels spinning for your entertainment, will possibly lead up to a win.

How to Win Fluffy Too

When landing on the screen and part of a winning combination, this wad of cuteness turns around and shakes its pink bum in a hilarious manner. To top off the flippant behaviour, the Scatter symbol awards 15, 20 and 25 free spins when landing three, four or five of the symbols respectively.

At the same time, the pink elephant is the Wild symbol and substitutes for all other symbols except for the Gold Coin scatter. This means that the highest paying 5000 coin Fluffy Too Jackpot purple hippo can be substituted by one, two or more wilds and land you the top cash prize based on the regular game symbols.

The Gold Coin is the other scattered symbol. It comes with a bonus feature called Coin Pusher when three or more symbols appear on any reel. This is when the player gets to pick one coin symbol to reveal a prize that can be as high as 100x multiplier on the winning wager. All prizes that are scored will be bundled together for a total prize.

This is the best most simple game ever. It surely beats Fluffy Favourites because of the graphics and the smoother gameplay. It is yet to be concluded if there is any difference in the frequency of payouts, but the game is still relatively new in terms of online casinos, so we will find out from the big winners pretty soon. Meanwhile, spin to win on any of our play sites by selecting the Welcome Package and bonuses that come with it.